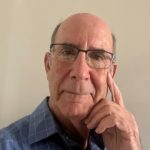 Dr. Orlin also serves as a consultant  at Yoseftal Hospital in Eilat. He previously served as Assoc. Prof. Of Medicine (Hematology/Oncology) and Ass’t. Prof. of Pathology at Emory University School of Medicine Director, Blood Bank Grady Memorial Hospital, Atlanta, Ga. Director, Department of Transfusion Services and Apheresis Rabin Medical Center Petach Tikva, Israel.
Dr. Orlin is currently on the Advisory Committee for Immunohematology and Blood Transfusion for the Ministry of Health as well as on the advisory committee for the Emergency Situations Blood Supply.  He is also the Ministry of Health State of Israel representative for MEETAG (Middle Eastern and European Technical Advisory Group) International Society of Blood Transfusion.
Table of Contents
Menu 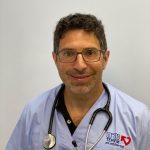 Dr. David Zlotnick is a specialist in Family and Emergency medicine. Double boarded in both Canada and Israel. David graduated with distinction with a BSc. in Human Physiology at McGill university and completed medical school and residency at McGill as well.

David is Co-Founder and Chief Medical Officer at Antidote Health as well the national Medical Director of the TEREM urgent care centers.

David is an attending physician in the Emergency department at the Jewish General Hospital in Montreal and an assistant professor of Family Medicine with a clinical subspecialty  in Emergency Medicine at McGill University.

David has held positions as an attending staff in the Share Zedek Emergency department in Jerusalem as well as the Ungava health center where he worked in Quebec’s arctic region with Inuit and First Nation populations. 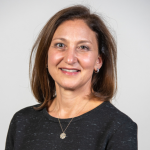 She spent many years as a Urology Nurse Practitioner caring for men and women with urinary cancers, pelvic prolapse, urinary incontinence and other related urinary conditions.

She is particularly proficient in the care of incontinence using alternative therapies such as diet, exercise and biofeedback.
Ms. Shaid has lectured and published extensively on the topic of urinary incontinence.

She is currently working as a Clinical Expert at the University of Pennsylvania School of Nursing in education of clinical staff and research caring for high-risk older adults transitioning from the hospital to the home.

The ZIDA Control Unit and ZIDA Control Sock system were produced by the ZIDA team, a skilled and nimble group of people who have worked together to design and manufacture wearable products for a range of clients. The previous products have all received FDA and CE approval. The ZIDA team has a proven track record of design, production and marketing and experience in sales and customer service for healthcare products in the United States. 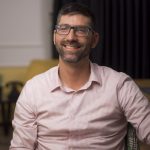 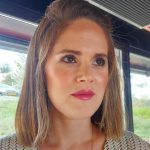 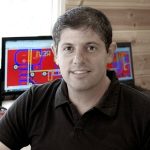 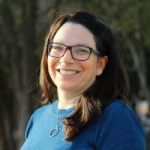 Aside from being an available four letter patent, available domain and a four letter word that is easily pronounced, ZIDA in Yiddish means grandfather. 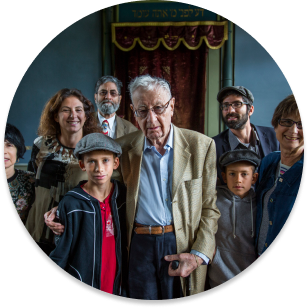 My name is Isaac Oppenheim, and I am the CEO and inventor of the Zida Control Sock.

I was blessed with a wonderful childhood filled with school, friends, sports, camp and most importantly a close knit and loving family.

I had a terrific relationship with my grandfather, Eric Oppenheim. As a child, I always knew that there was something different about my grandfather. Maybe it was his accent; perhaps it was his fierce love for his children and grandchildren. As I grew older, I learned my grandfather’s story.

He grew up in a small village in rural Germany called Nentershausen. His family owned the local dry goods store, which was located on the town square. The social and political situation must have been dire because my great-grandparents took my grandfather on the day after his 13th birthday, the day after his Bar Mitzvah, and sent him to the United States to flee the Nazis.

As a parent myself, I often struggle to understand how my great grandparents sent away their son. I have never figured out where my grandfather found the strength to move forward in his life, maybe even feeling alone in the world. But he did.  He built a new life.  A life filled with joy and happiness.  He built a legacy from nothing.  One, that I am proud to uphold.

We arrived in Germany on a hot day in mid August. After many hours of travel, we finally made it to the Synagogue for the opening ceremony.  We were all standing and waiting for the proceedings to commence when I caught a glimpse of my grandfather’s face laced with shame. I looked around at my children as well as the surrounding people and everyone was just so embarrassed.  Here was a man who fled Nazi Germany, started a family, a business, and was able to return to the same Synagogue where he celebrated his bar mitzvah to watch his grandson come of age, and he couldn’t control his bladder.

It was right then and there that I decided I had to do something about this. Now 6 years later, about 18 months after my grandfather’s passing, I am proud to share the Zida Control Sock with you.

Inspired by my grandfather, his courage, his devotion to helping me and my family, and hopefully can ease the pain and suffering of millions of men and women across the world who suffer on a daily basis from incontinence and overactive bladder.